Another Win for Monsanto...

It's been a hell of a week for genetically modified crops and for agricultural overlord Monsanto. 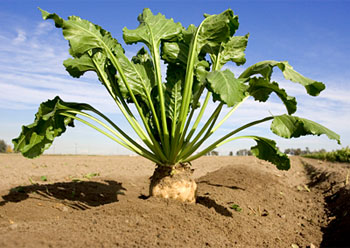 Monsanto engineered the GM sugar beets to withstand a soaking of their prized weed killer Roundup, or glyphosate.

Its approval had been revoked last August — until an environmental impact statement (EIS) had been completed. So I guess the EIS must have cleared the GM sugar beets of any possible negative environmental consequences, right?

Wrong. They haven't finished the study!

APHIS has decided to allow "Roundup Ready" sugar beets to be harvested while they finish up the environmental statement, which isn't due out until May of 2012.

That's like freeing a suspected murderer for a year while you wait for his DNA results...

Now, unlike the totally unrestricted approval of GM alfalfa last week, a “partial deregulation” of sugar beets will now be in effect, with growers required to get permits and plant the crops at least four miles away from other sugar beet or chard seed fields.

But those conditions don't cut it with organic farmers and environmentalists, who fear that the pollen may contaminate organic and other non-GM crops and even lead to "superweeds."

"The lax conditions on growing the GE sugar beets in today's approval are not materially different from those earlier rejected by the federal court as inadequate to protect other farmers, the public, and the environment," says Paul Achitoff, attorney for Earthjustice.

Earthjustice has joined the Center for Food Safety, Organic Seed Alliance, High Mowing Organic Seeds, and the Sierra Club in preparing an appeal, possibly to U.S. District Judge Jeffrey White, who called for the GM sugar beets to be pulled out by the roots in a ruling last year.

“There is clear evidence of harm to the environment from GE sugar beets,” said Paige Tomaselli, staff attorney for the Center for Food Safety.

“Because USDA continues to bow to industry pressure and permits further commercial production of Roundup Ready sugar beets, without first preparing an EIS or protecting the public, the Center for Food Safety will once again seek to halt the planting in court.”

But on the heels of the alfalfa approval and the ubiquity of GM corn, soy, and cotton, obstacles to planting GM crops are falling like dominos.

It's looking like all of the heavy lifting from Monsanto's lobbying arm has paid off...

They're stronger than ever.