Costco recently announced it will halt sales of endangered species of fish, thought to be threatened from overharvesting.

Following nearly a year of pressure from environmentalist groups Greenpeace and Care2, Costco has decided to make moves in the corporate social responsibility direction. 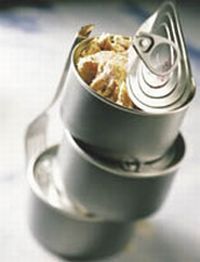 Since last year, Greenpeace and Care2 have been petitioning Costco to protect oceans with improved seafood policies, including implementing a permanent sustainable seafood policy and stopping the sale of red-list seafood...

Two weeks ago, Costco publically agreed to remove a dozen red-list, unsustainable species from its aisles, as well as promote better practices in aquaculture, and to take a leadership role in canned tuna — one of the largest and most forgotten sectors of the seafood industry.

The wholesale giant said in a statement retailers would remove Atlantic cod and halibut, Chilean sea bass, monkfish, redfish, grouper, bluefin tuna, and swordfish from freezer cases until a sustainable source can be identified.

Costco has also pledged to pursue sound practices for farmed salmon and shrimp.

The Greenpeace campaign celebrated Costco's announcement on its website this week, as their efforts have directly contributed to the retailer's change in practices...

And that's big news, since Costco is the largest retail fish purchaser in the United States.

The campaign began eight months ago, following a poor rating in a Greenpeace sustainable seafood report, "Carting Away the Oceans".

The organization made their intentions clear when they suspended a blimp with the banner "Costco: Wholesale Ocean Destruction" over the wholesale club's corporate headquarters in Washington.

Greenpeace reported more than 100,000 participants in the campaign.

Consumer voices were heard loud and clear when CEO Jim Sinegal received more than 12,000 emails in a single day from people asking for reformed seafood policies...

“Costco’s progress is further proof that sustainable business practices and the seafood industry not only can come together, but in fact must do so,” explained Greenpeace USA Executive Director Phil Radford.

“Unless we stop pretending that we can catch, farm and sell as much fish as we like, we will find ourselves with empty nets and empty oceans.”

And indeed, organizations like Greenpeace are having a considerable effect on corporations and their environmental practices...

Target, Safeway, and Whole Foods are all paying attention to the criticism and interest of consumers in offering sustainable products. And they're changing their purchasing policies and green initiatives as a result.

At the beginning of the year, Target announced steps to replace farmed salmon with wild species, and increase the variety of sustainable seafood offered in stores.

Trader Joe's announced in March last year it will offer only sustainable seafood in all stores by the end of 2012.

When large consumer-facing businesses take public steps to push environmental consciousness in their practices, this forces suppliers and consumers to consider and reevaluate their own sustainability initiatives. (More on that here and here.)

So, does this mean you'll never be able to purchase bluefin tuna from the same place you can buy 30-gallon jugs of fabric softener and lawn chairs?

Costco may decide to  sell the discontinued species in the future, so long as the fish receive certification from the Marine Stewardship Council — the most-recognized independent certifier of sustainable fisheries.

But even if farmed salmon returns to retail giants' freezers, it's worth nothing the power of the consumer voice — and today's victory for environmentalists.

If you're interested in reading this year's edition of the Greenpeace sustainability report, "Carting Away the Oceans", be on the lookout next month. It is due for release in April.