A few weeks ago, I wrote about a new pathogen found in Roundup Ready crops that was linked to miscarriages and spontaneous abortions in farm animals.

At the time, I could find little information about Don Huber — the researcher who discovered the pathogen — other than he was a Purdue University researcher with decades of research in germ warfare and disease outbreaks.

We first heard from him in January, when he sent a letter to U.S. Agriculture Secretary Tom Vilsack, urging him to halt the deregulation of Roundup Ready crops until a causal relationship to this new pathogen could be ruled out... 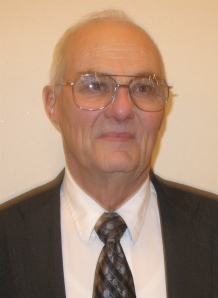 And last month he sent another letter, this time to the European Commission, urging them to avoid any deregulation of GM crops:

We are experiencing a large number of problems in production agriculture in the U.S. that appear to be intensified and sometimes directly related to genetically engineered (GMO) crops, and/or the products they were engineered to tolerate — especially those related to glyphosate (the active chemical in Roundup® herbicide and generic versions of this herbicide).

We have witnessed a deterioration in the plant health of corn, soybean, wheat and other crops...

At the same time, there has been an increasing frequency of previously unexplained animal (cattle, pig, horse, poultry) infertility and spontaneous abortions. These situations are threatening the economic viability of both crop and animal producers.

Alarming findings, to be sure; but how accurate are these claims?

Since his first letter leaked, he has gotten more and more publicity. The backlash has been predictably split.

Monsanto issued a statement refuting Huber's findings, claiming “independent field studies and lab tests by multiple U.S. universities and by Monsanto prior to, and in response to, these allegations do not corroborate his claims.”

Others, however, are heralding him as the Martin Luther of the anti-GMO movement.

But while Huber won't be posting his thesis on a church door, he is currently preparing his research for formal publication.

On his Call on the Land blog, Steven McFadden provides a gripping account of Huber's recent speech to Nebraskan farmers.

After beginning his speech with the biblical quote “All flesh is grass”, Huber detailed his claim that Monsanto's Roundup Ready crops were more vulnerable to disease and pathogens:

He asserted that glyphosate compromises plant defense mechanisms and thereby increases their susceptibility to disease. He said that it reduces the availability and uptake of essential nutrients, and that it increases the virulence of pathogens that attack plants. Ultimately, Huber said, all of these factors reduce crop vigor and yield

Could the plant's weakened state be related to Huber's newly discovered pathogen, also linked to fertility issues in farm animals? He was careful not to make a definitive statement, as his research is by no means finished...

“There are a lot of serious questions about the impacts of glyphosate that we need answers for in order to continue using this technology,” he told the crowd.

“I don’t believe we can ignore these questions any more if we want to ensure a safe, sustainable food supply and abundant crop production.”

We're awaiting the formal publication of Huber's findings before bestowing any sort of grandiose historical comparisons upon him, but based on his decades of work, others are already standing behind him 100%.

“No one understands the threat of biological warfare better than Don Huber and that’s what this situation with the genetically modified crops amounts to,” said Howard Vlieger, president of Verity Farms.

“That man helped negotiate bio-terrorism treaties with the Soviet Union on behalf of the U.S. government. If they trusted him then, they need to trust him now. His knowledge of the potential negative aspects of these things is unrivaled.”

Keep an eye on Green Chip Living for updates.