While every so often we hear of a lead-based something or other from China infiltrating American products, lead-based paints and leaded gasoline have long been illegal in the United States. 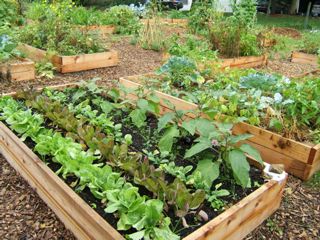 Recently, soil researchers have cautioned a growing number of urban farmers and community gardeners to test their dirt, as high lead levels have been found in soil in various cities.

Researchers found nine out of 10 urban gardens in Indianapolis have high lead content in the soil.

In Boston, trucked-in soil was found to be contaminated by windblown dust and dirt splattered by rain.

Despite lead being banned, it remains the biggest problem for urban growers when it comes to soil contamination.

Plants do not absorb the lead from the soil, but it can be dangerous — especially to children — when soil is tracked indoors or as residue on food that isn't properly washed.

"You can control these things once you're cognizant of them," said Nicholas Basta, a soil and environmental chemistry professor at Ohio State University.

"But nobody can underestimate the benefits of... fresh-grown food."

So if you are an urban gardener, you might consider having your soil tested to ensure the safety of the beneficiaries of your bounty.